EP 737 protects channel quality indicator technology and is essential to the LTE mobile standard. Munich judges ruled that the FordPass-Connect connectivity module, which connects the car to smartphones, infringed the patent.

According to a press release from the court, the judges fully followed IP Bridge’s claims. They also clarified that during the trial, Ford had not sufficiently demonstrated that it was willing to grant a license. Specifically, Ford made no counter-offer to Avanci’s patent pool. The pool pools patents relating to mobile communication standards from various companies for use in the automotive industry.

The decision is long in terms of injunction, recall and destruction of the vehicles. In such cases, Section 139a of the new German patent law gives patent judges more leeway to restrict such far-reaching automatic injunctions. However, the proportionality criterion apparently did not lead the judges to make use of the new rule here.

The new law has been in force since the beginning of the year. German patent judges have repeatedly stressed that they will only apply the new rule on automatic injunctions in exceptional cases.

A quarter of a billion at stake

The judges saw no reason to stay the action given Ford’s nullity proceedings against EP 737 B1. IP Bridge has already enforced the patent several times against other companies, including TCT and HTC. Therefore, the patent is considered strong, while the Federal Court of Justice has already confirmed its validity. Ford must now come up with strong new arguments to overturn the patent.

Ford can now appeal to the Higher Regional Court in Munich, although the company has not said whether it intends to take this step. But given the possible consequences of the decision, trial observers expect an appeal.

However, in order to implement a sales ban, IP Bridge would first have to provisionally execute the judgment. Munich judges set the bar high, forcing the NPEs to post bail of 227 million euros.

In August 2020, the Mannheim Regional Court also ordered an injunction against Daimler in a lawsuit brought by Nokia, but set a €7 billion security deposit.

Avanci’s involvement in the automotive industry

Despite the large enforcement hurdle, Munich’s decision is now likely to significantly increase the pressure on Ford to accept an Avanci license. The pool is currently instrumental in licensing wireless standards to the automotive industry. Other automakers that have recently obtained an LTE license from Avanci include Volkswagen, Tesla, and General Motors taking the full Avanci license. 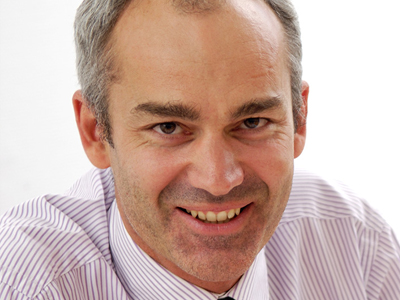 IP Bridge is a member of the Avanci pool. The Japanese NPE sued Ford only for EP 737 B1. However, other members of Avanci are also taking action against Ford. For example, other lawsuits are ongoing in Germany by Sisvel, KPN and MiiCs.

Ford is in the second round

The lawsuits against Ford are the second round of connected car lawsuits against the auto industry. In recent years, the Avanci pool and other SEP holders have focused on German automakers such as BMW, Volkswagen and Daimler, and their suppliers.

All three automakers have now accepted an Avanci license. According to information from JUVE Patent, Avanci members are currently suing a French and Japanese automaker in Germany in addition to Ford.

Wildanger’s lawyers and Hoffmann Eitle’s patent attorneys have worked together for a long time for IP Bridge. The two companies, along with Cohausz & Florack, have also been active in the lawsuits against Daimler over connected cars from NPE and Nokia. The Wildanger team is also representing the NPE MiiCs in two infringement actions against Ford.

Lawyers have known their opponents on the performing side since the first round of connected car lawsuits. In many cases from 2019 to 2021, Hogan Lovells represented Peiker/Valeao as a supplier to Daimler. The patent team has longstanding contact with Ford.

A joint patent team is also representing the automaker in the Sisvel, KPN and MiiCs lawsuits.

Freshfields Bruckhaus Deringer and patent attorneys Braun Dullaeus Pannen Emmerling have previously acted for co-defendant Continental in the connected car lawsuits against Daimler. The German automotive supplier also relies on the patent attorneys of Maikowski & Ninnemann in other cases.